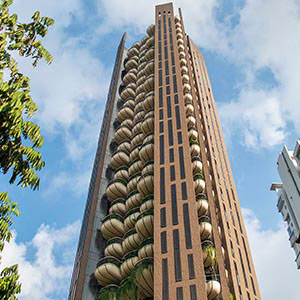 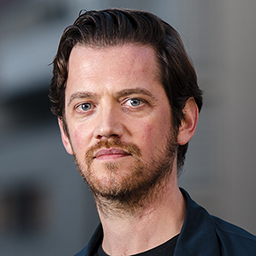 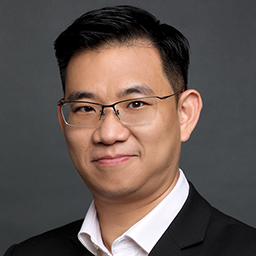 Inspired by Singapore’s founding vision as a “City in a Garden,” EDEN is intended to embody a more nature-adjacent approach to urban living by connecting residents to the city’s tree-lined streets, while also allowing them to take advantage of the increased privacy, views, and light that high-rise living affords. Each of the external structural concrete walls is uniquely molded with an abstracted topographical texture based on the contours of Singapore’s terrain. Embossed with an outline of the building and its immediate surroundings, the panels relate strongly to their location, giving the material greater physical and conceptual interest.

The project contains 20 apartments, each occupying an entire floor. By pulling apart the square block of a conventional residential tower and moving service cores to the perimeter, the design carves out a large central living space, surrounded by smaller rooms and enveloped in wide, shell-like balconies. Stacked on top of each other, the apartments are lifted above ground-level gardens, so greenery is seemingly threaded upwards throughout the building via alternating balconies, creating a series of double-height spaces. The sizable balconies are filled with plantings, collected from more than 20 species of tropical flora.

As well as surrounding each apartment with greenery, the plants will grow to cascade down the building, softening its appearance. Interior finishes reflect the same design concept as the exterior, through a palette of natural materials. Wooden herringbone-pattern apartment floors connect to the balconies, where flooring continues the neutral tones of the interior to the exterior, via varying shades of slate tile. The textured external panels are echoed in each apartment entranceway, mimicking the topographical pattern in a walnut finish.