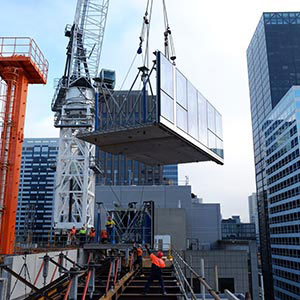 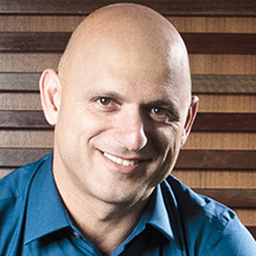 Constructing a sleek, 59-story tower, while incorporating the heritage façade of a historic building, on an 11-meter footprint site (the size of a netball court) on a heavily trafficked inner-city corner, and a single point of access, required clear communication and well-organized, just-in-time delivery of building materials. Derived from purchased air rights above an existing heritage building, the cantilevered floor plate extends 4.5 meters at level 15, increasing the floor space by approximately 35 percent. At that stage, prefabricated Hickory Building Systems (HBS) modules were used, allowing for large building componentry, including the façade, to be constructed off-site, then delivered and installed on-site with minimum disruption to city traffic, and a substantial reduction in the duration of the program.

With a single tower crane and one material hoist, major building elements were assembled in less than one hour of arrival to site. Perfectly level floors were achieved through upside-down prefabrication in the factory. On-site installation of temporary props was minimized by having pre-installed push-pull for the façade, while vertical locating props were pre-installed for absolute precision. The pre-installed façade acted as a safety barrier during construction, eliminating the need for screens. In order to reduce on-site concrete, walls were constructed using a precast, wet-joint methodology, while fire escape stairs, dividing walls and riser shafts were precast, further minimizing on-site labor and accelerating the speed of construction.