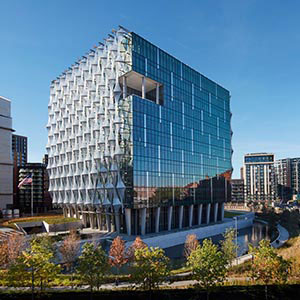 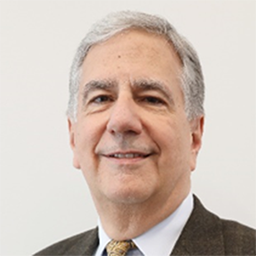 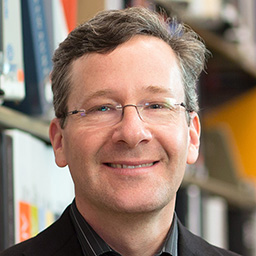 A New Paradigm for Embassy Design

The US State Department envisioned a new embassy in London that would serve as the centerpiece of one of America's longest-standing and most valued relationships. It also aspired to set a new paradigm in embassy design by representing the ideals of the American government—transparency, openness, and equality—and drawing on the best of American architecture, engineering, technology, art, and culture. The challenge was to create a strong sense of welcome, while also meeting specific functional requirements for security, diplomatic work, and environmental sustainability. Sitting within a landscaped park, the curving exterior walkways create a spiral that continues into the building itself and is punctuated by gardens on each floor. These internal gardens evoke American landscapes, offering informal meeting space and alternative paths for enhanced circulation. A transparent crystalline cube set atop a two-story colonnade, the embassy’s high-performance, multi-layered façade combines laminated glazing with an outer envelope of ethylene tetrafluorethylene (ETFE) to provide generous natural light and views of London. The embassy’s landscape serves as a publicly accessible urban park, with species representing the long-standing exchange of plants between the US and the United Kingdom.

As the first major building planned for the rapidly redeveloping Nine Elms neighborhood, the Embassy represented a watershed moment for the district’s transformation, and has spurred the development of new housing and commercial projects, transportation infrastructure, and public amenities. Regular consultation during design and construction with the borough council, residents, and several other agencies, helped realize a building that is deeply wedded to its site and neighborhood.